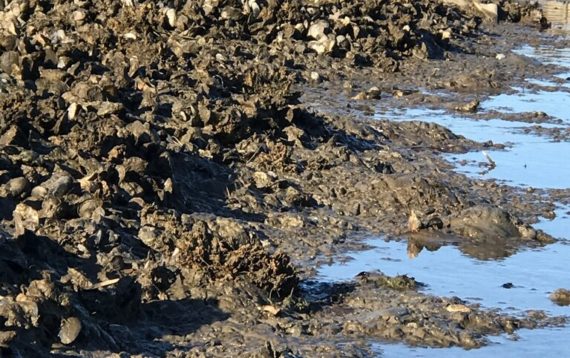 Newport Bay and Alamitos Bay are both highly impacted and urbanized estuaries located in Orange County in Southern California. Historical documents indicate the presence of native Olympia oyster (Ostrea lurida) beds and extensive eelgrass beds in the two estuaries, but a history of urbanization, harvest, and dredging has several impacted the two species. Additionally, increased rates of sea level rise and restricted upslope migration may limit long-term viability of these habitats.

To address Olympia oyster and eelgrass loss and to explore the extent to which they can promote shoreline resiliency, Orange County Coastkeeper is leading several living shoreline projects in Newport Bay and Alamitos Bay, which are considered as one project. The project will involve collecting data on oyster and eelgrass success, habitat use by fish, invertebrates and birds, and sediment dynamics on the oyster beds and upshore, and this monitoring must be done over a long period (5-10 years minimum) in order to accurately measure project benefits and impacts. Additional funding is needed to expand sampling on sediment dynamics and bed resiliency.