What is the WRP?

VISION:  Restored and protected wetlands and rivers along the Southern California coast benefitting wildlife and people.

The Southern California Wetlands Recovery Project (WRP) consists of directors and staff of 18 public agencies coordinating with each other regarding the protection, restoration, and enhancement of California’s coastal wetlands and watersheds between Point Conception and the Mexican border. The WRP is chaired by the California Resources Agency and supported by the California State Coastal Conservancy. Through the WRP partnership, public agencies, scientists, and local communities work cooperatively to acquire and restore wetlands in coastal Southern California. The WRP provides a structure that allows agencies to discuss project design and approach, and coordinate funding opportunities, for the most efficient and effective expenditure of resources. By cultivating resilient wetlands on a landscape scale, the WRP aims to enhance the economic, environmental and recreational benefits of wetlands in Southern California. 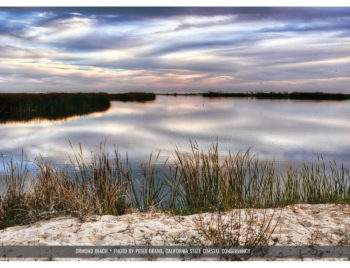 The WRP’s geographic scope is from Point Conception in Santa Barbara County to the international border with Mexico, including California’s Channel Islands (see map below). The physical features, climate, and hydrology of coastal Southern California have produced an unusual set of conditions and a diversity of plants and animals that sharply distinguish the region from any other in North America. Unlike the broad, gradually sloping coastal plains of the Atlantic and Gulf Coasts, Southern California has steep, coastal mountains that descend sharply to the ocean. Summers are hot and dry in this semi-arid, Mediterranean climate, while winters are cool with rainfall varying in amount and intensity, from droughts to steady rains to torrential downpours. For instance, the San Gabriel and San Bernardino Mountains can experience more rain in a twelve-hour period than anywhere else in the continental United States. 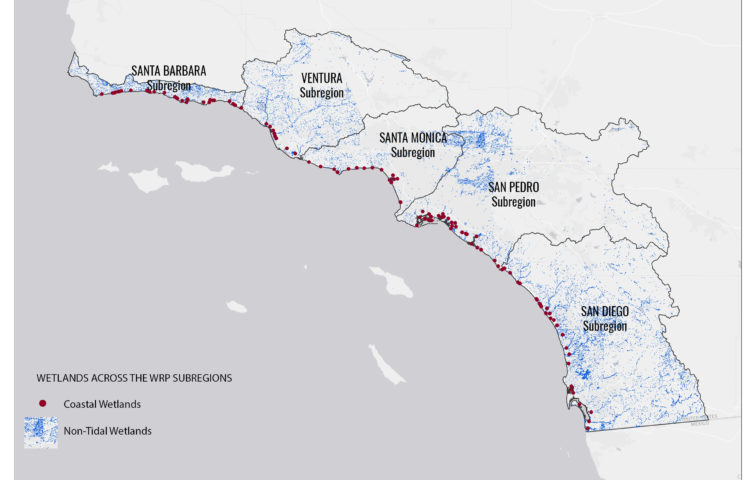 The Working Agreement, signed on September 8, 1997 and on amended December 11, 2017, explains the structure of the WRP collaboration.