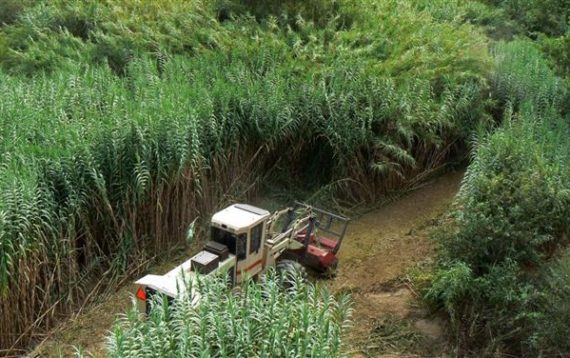 This project implemented a programmatic, comprehensive watershed-based effort to remove Arundo donax from over 450 acres along the San Luis Rey River and its tributaries by working from the top of the watershed down.

The San Luis Rey River watershed is 359,000 acres, originating in the Palomar Mountains and reaching the ocean at the City of Oceanside. The river is designated as critical habitat by the Fish and Wildlife Service for three endangered species: least Bell’s vireo, the Southwestern Willow Flycatcher, and the arroyo southwestern toad. The San Luis Rey River supports the largest population of Southwestern Willow Flycatchers in the State and the second largest population of least Bell’s Vireos in San Diego County. The river contains several areas with the potential to support more wildlife, if the sources of habitat degradation are removed. Arundo infestations have lowered habitat quality along many stretches of the river.

The program is a comprehensive, watershed-based effort to remove Arundo from the river. Wetlands Recover Project funds were used for a specific portion of this effort — the control of 49 acres of Arundo distributed within 1,470 acres of riparian habitat along 2.7 miles of the San Luis Rey River and its tributaries. Least Bell’s vireo, the Southwestern Willow Flycatcher, and the arroyo southwestern toad currently use the project site and have the potential to increase in abundance if the habitat is restored.