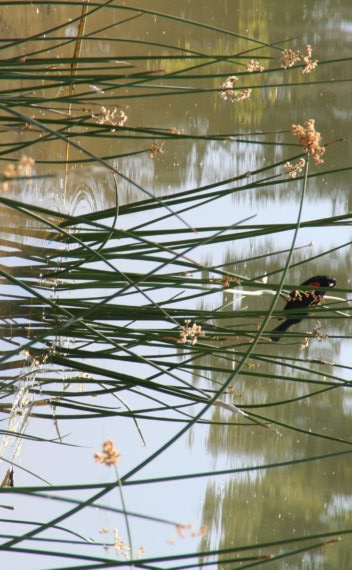 This watershed-wide project will lead to the restoration of 847 acres of riparian and marsh habitat in the San Dieguito River watershed through the treatment and control of invasive species such as Arundo donax, perennial pepperweed, pampas grass, eucalyptus, and tamarisk, with subsequent revegetation using native species. Since 2009, over 20 river miles have been successfully restored through the removal of invasive plants and subsequent habitat restoration.

The river is designated as critical habitat by the U.S. Fish and Wildlife Service for four endangered species: least Bell’s vireo, southwestern willow flycatcher, arroyo southwestern toad, and light-footed Ridgway’s rail. The San Dieguito River Valley is also recognized as an official ‘cornerstone’ of both the County MHCP and City MSCP Plans. The invasive control program is also part of an integrated regional effort that uses proven approaches of mapping, permitting and monitoring.