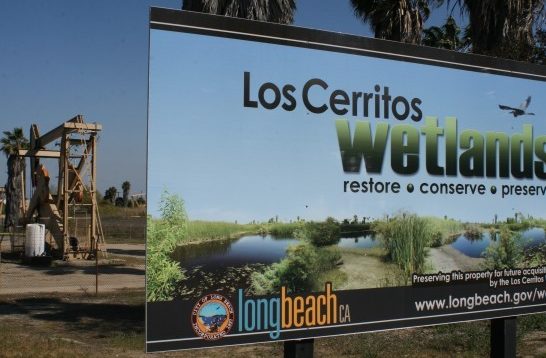 This project acquired approximately 360 acres of the historic Los Cerritos Wetlands Complex, near the mouth of the San Gabriel River. The 87-acre Bryant Property is part of the Los Cerritos Wetlands complex located along the lower reach of the San Gabriel River, where the river mouth historically migrated back and forth across the coastal plain. Prior to channelization of the river, the Los Cerritos Wetlands complex included freshwater and brackish wetlands in its inland areas and salt marsh closer to the ocean. The size and configuration of the wetlands were subject to occasional major changes when the river channel migrated during flood events. An aerial photo taken in 1927 shows the wetlands covering approximately 1,500 acres. Today, approximately 400 acres of degraded wetland and surrounding open space remain. The majority of the remaining wetlands complex falls on three privately-owned properties referred to as the Bixby, Bryant and Hellman properties.

The property has been an active oil field for several decades and currently contains twelve active oil wells and associated pipelines, roads, and buildings. Surrounding land uses include oil production in several locations, a power plant to the north, and a mix of commercial, residential and
industrial uses to the south and east. The historic wetlands on the property have been filled and degraded, primarily due to the oil production activities. Approximately 3 acres of wetlands remain on the easterly parcel, and 9 acres on the westerly parcel. Although the Los Cerritos Wetlands are surrounded by urban development and have been dramatically altered, they provide valuable habitat to a number of species.