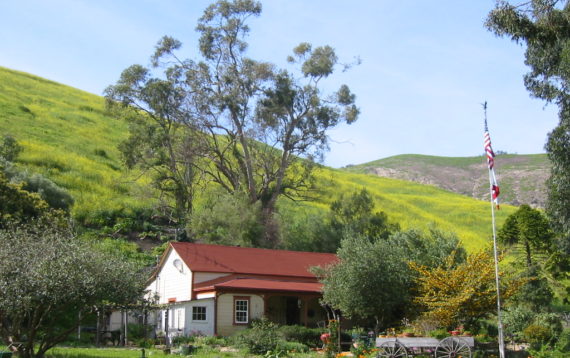 This project acquired 778 acres of riparian and grassland habitat along Arroyo Hondo Creek on the Gaviota Coast. Extending from the top of the Santa Ynez Mountains in the Los Padres National Forest down to the ocean, Rancho Arroyo Hondo’s natural resources are extraordinary. Along with the biological resources, the cultural, historical, recreational, and scenic resources of this 782-acre site are unmatched along the central coast. The ecologically pristine condition of most of the property offers a glimpse of what the Gaviota Coast was once like a hundred years ago.

The boundaries of the ranch follow the ridgelines on either side of a canyon, encompassing nearly the entire watershed of Arroyo Hondo Creek. Steelhead trout, red-legged frog, southwestern pond turtles, and the tidewater goby swim in the waters of this perennial creek. Sharp-skinned hawks, four species of owls, and peregrine falcons forage in the meadows and perch on the branches of the many oaks and cottonwoods. Mountain lion, black bear, grey fox, bobcat, and coyote prowl within these canyon walls.