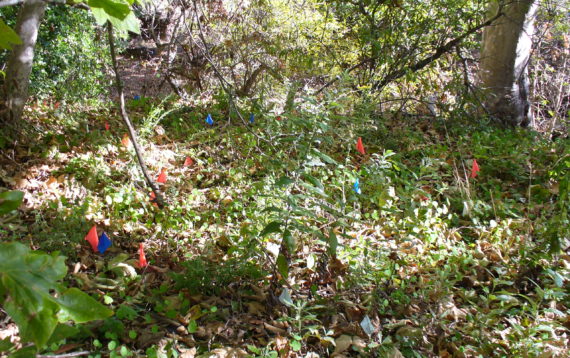 The Conservancy provided a grant of $650,000 to the Land Trust of Santa Barbara County to improve fish passage for steelhead in Arroyo Hondo Creek. The creek presents one of the best opportunities for enhancing steelhead habitat in southern Santa Barbara County. Most of the creek is in near pristine condition with good water quality and no dams, flood control basins, grade control structures, or inappropriate road crossings. The primary limiting factor for steelhead in the creek is a concrete culvert and box channel located just upstream of the creek mouth which present a serious impediment to fish passage. Under most stream flow conditions, the two structures are impassable to returning adult steelhead attempting to migrate upstream to spawn.

The 2002 report on Steelhead Assessment and Recovery Opportunities in Southern Santa Barbara County, California found that Arroyo Hondo Creek had the highest habitat quality of all 44 watersheds analyzed, and identified its culvert and box channel as the region’s second highest priority for immediate barrier removal. Based largely on this recommendation, in April 2003, the Conservancy approved a grant to the Land Trust to prepare a plan for removing the barrier.

The project constructs baffles in the culvert to aide fish passage, and creates a resting pool just upstream of the culvert. While the proposed project is aimed primarily at steelhead recovery, it would also benefit aquatic organisms including three species of concern: California red-legged frog, southwestern pond turtle, and the tidewater goby. Negotiations regarding access and liability with the Southern Pacific Railroad were unsuccessful, and therefore removal of the concrete box channel and relocation of the lagoon were not undertaken. $239,500 from this project was redirected to enhance upstream habitat in this watershed and at the Cate School site in Carpinteria Creek in partnership with Earth Island Institute.